In the flight to Bhutan from Kathmandu, we flew over several of the highest mountains in the world, including Everest, which I saw out the window of the plane. It was a thrilling moment, and made me feel I was travelling to the mythical Himalayan utopia of Shangri-la. I never lost that feeling. The Kingdom of Bhutan is hidden in the heart of the Himalayas between India and Tibet, surrounded by snow-clad peaks and crossed by lush valleys. While there, I felt I was a world apart from the hustle and bustle of modern life. Bhutan offers travellers a rare opportunity to discover the richness of nature and the simplicity of life, among warm-hearted and friendly people. And it’s not by accident, but by design. Bhutan works hard to preserve the country’s pristine ecology, incredible wealth of wildlife and unique culture. It’s the last surviving Mahayana Buddhist state, and a feeling of reverence fills the air. 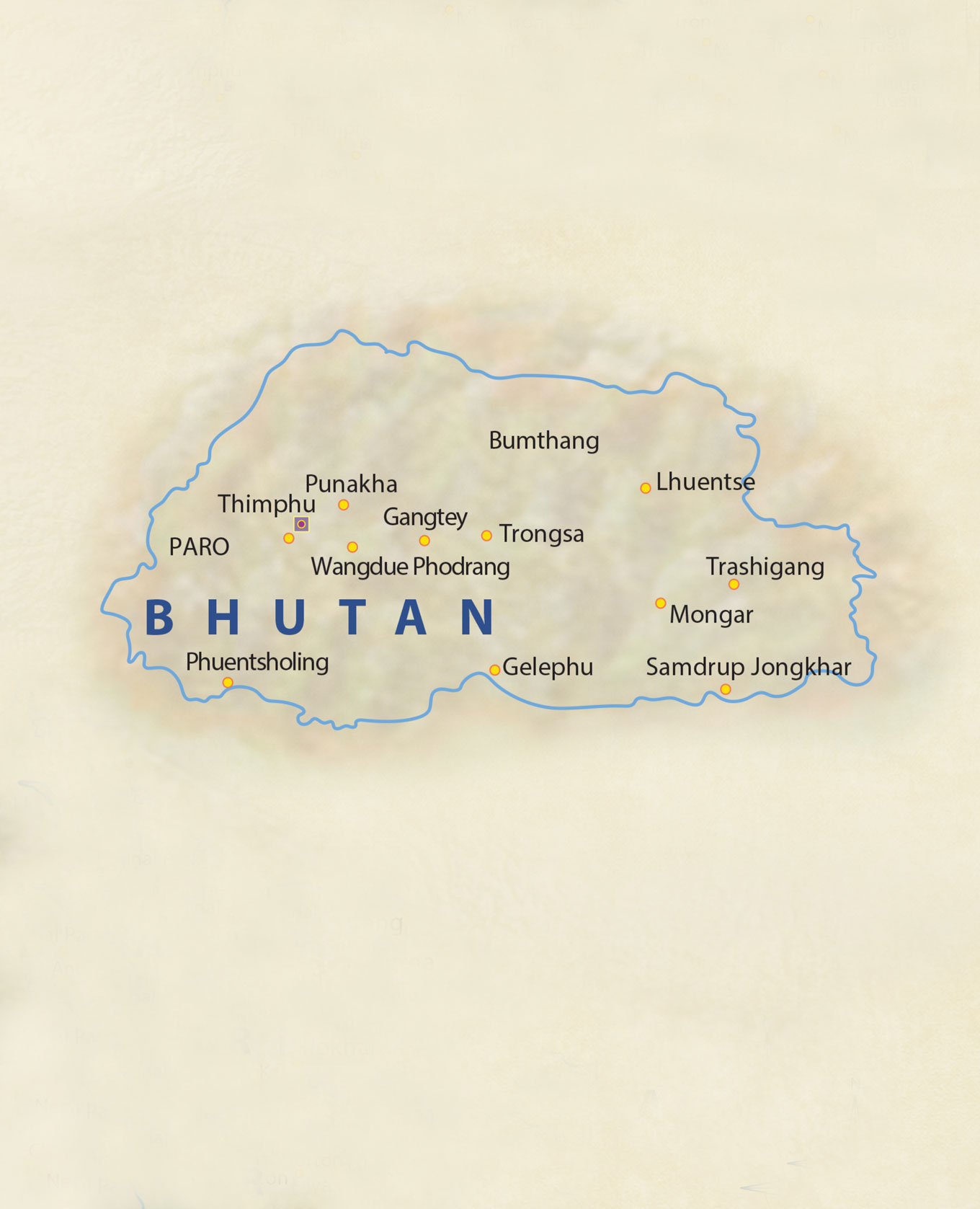